Not Another Social Media Commercial 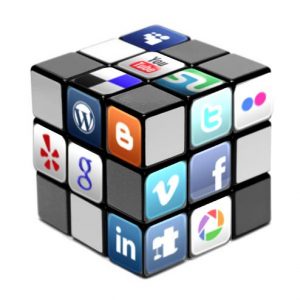 Three years ago I wrote an article entitled “Confessions of a Social Media Phobe.” Way back then, I was wondering “aloud” about the relevance, future, and wisdom of social media relative to fundraising and life in general. In 2009, it was easy to feel smothered by the hype around online networking and communications and the number of emerging channels and options that seemed to double almost weekly. I concluded the article claiming an open mind on the subject, but also a “show me” attitude about the real and practical commercial utility of SM on the ground and in the lives of my colleagues in advancement.

Oh, how times – and minds – can change.
Fast forward thirty six months. I have been blogging for almost two years, am deeply engaged on LinkedIn, and have evolved my business to include services to help clients and nonprofits find their footing in the digital world. Go figure, an old dog can learn new tricks…but questions still remain about the costs, benefits, and ROI of investing in a social media footprint and program for NPOs.
So here’s what we do know today. The data is pretty clear about the efficacy of fundraising via email and landing pages versus more traditional direct mail and event strategies. The 2011 donorCentrics™ Internet andMultichannel Giving Benchmarking Report revealed a number of trends that are quite interesting from the planning, acquisition, and renewal perspectives.
One can argue at first blush that costs associated with online solicitation efforts appear much less than direct mail and events. But it is important to consider all the factors and elements associated with electronic campaigns. These include the resources for designing and writing the email solicitation, designing and establishing landing pages, generating email addresses, processing gifts, generating acknowledgements (done via email typically, and are far less sticky… perhaps resulting in poorer loyalty), paying a staff person or two to run the program and/or hiring a consultant to run things. And, programs based on email addresses are much more vulnerable to ISP and employer/personal email address changes; people tend to physically relocate far less often then they update their virtual contact information.
So perhaps social media is not a comprehensive panacea for fundraising. But – I have to admit – owning, writing, and regularly updating a blog does elevate the visibility and prestige of your organization, if you can provide original and actionable content and demonstrate thought leadership. Some organizations are in a position to do this, in part because they do have thought leaders, valuable insights, and the discipline to post new content at least twice per month.
LinkedIn is also a good indirect channel to help grow the footprint of your organization in the 24/7 cyberspace world. It can play an important role in promoting your mission and success stories, directing traffic towards your blog, and building networks through affinity groups. And, from a nonprofit perspective, LinkedIn is also an increasingly a good research tool to scope out donors and prospects, possible new volunteers and leadership, and advocates for your cause.
You will notice I still have not addressed Twitter , Plurk , mobile apps, Tumblr , Jaiku , LiveJournal, Open Diary , ExpressionEngine , Xanga , Bebo , Facebook , MySpace , Orkut , Skyrock , Hi5 , Ning , Elgg , NutshellMail , FriendFeed , Digg , Mixx , Reddit , NowPublic , epinions , Yelp , Flickr , Zooomr , Photobucket , SmugMug , Picasa, YouTube , Vimeo , sevenload , Ustream.tv , Justin.tv , Stickam , and Skype. Those – and the zillions of other options – will have to wait for another tweet, blog, flik, video or ping.
Your takes:
For more information about Copley Raff and its spectrum of not for profit consulting services, please see www.copleyraff.com.
Have a development, executive recruitment, or campaign strategy or management challenge? Let’s talk! Click here to connect with Rebekah Kaufman, Director of Consulting Services at CRI.