The Costs and Benefits of Hospital Mergers 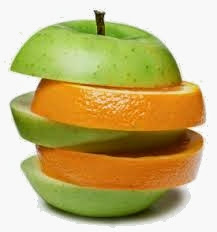 I just returned from attending the Association of Healthcare Philanthropy International Conference held in Palm Desert, CA. As per usual, I learned more from my interaction with colleagues outside of the session rooms than I did from the content of most of the sessions.

Over the course of three days, discussions with colleagues confirmed my understanding that as healthcare reform takes hold and the operating margins of hospitals continue to decline, the pace of hospital consolidations, mergers and buyouts throughout the country is increasing. Some predict that in five – ten years there will be only 15-20 healthcare systems covering 90% of the population.
I heard repeatedly at the conference, and have experienced first-hand the down side of hospital mergers – and as importantly the specter of a potential for merger – on fundraising results. At greatest risk are independent community and urban hospitals that are seeking an “affiliation” with a healthcare system or hospital, or to be subsumed outright.
Most hospital and healthcare fundraising is site specific. Donors want to support their hospital, the one where their family members are treated, their physician practices or that has the closest emergency department. After all, most hospitals got their start through philanthropy, and traditions die hard.
Donors are beginning to realize that their hospital may be vulnerable to takeover, or in fact should be taken over for the sake of long-term viability. And donors are beginning to ask, rightly so, what will happen to my major gift or capital gift if a merger occurs? If the hospital becomes part of XYZ Healthcare System, will all bets and promises be off? XYZ Healthcare System may even be a for-profit corporation, and an acquisition will result in the wholesale elimination of the advancement program. Copley Raff was engaged with the second largest healthcare system in Massachusetts when it was sold to an investment bank. They are still trying to sort out how to deal with restricted funds supporting hospital departments and physician leaders.
On the other side of the coin, most multi-hospital healthcare systems, many of which were created 10 – 15 years ago during and after the managed care wave, are beginning to figure out how to get their advancement programs on track and optimize scale. Systems that are geographically clustered are creating regional centers of excellence that are not necessarily hospital specific. Others have hospitals that maintain their independence as a community hospital by virtue of being remote to the “mother ship”. And still others have a combination of academic medical centers, centers of excellence and community hospitals.

For the most part, the advancement programs are the last departments to consolidate operations, unlike human resources, finance, quality assurance, risk management and clinical services. Increasingly, we are beginning to see advancement office centralization of data, training, direct mail, event management and recruitment among other functions.
The good news is that health system consolidation brings new opportunities that can attract transformational philanthropy. Donors can increasingly make a difference by supporting clinical excellence across regions. Systems can initiate broad population healthprograms, cancer services, cardiac services, primary care initiatives and the like, that can attract eight and nine figure gifts and be the basis for annual giving from grateful patients and concerned citizens.
Hospital advancement programs must take stock in which way the wind is blowing for their institution and consider the role of philanthropy in helping to lead transition rather than picking up the rear.
Your takes:
1. Think through and be able to effectively respond to donors who are concerned about your institution’s transition or potential transition.
2. If yours is an independent hospital, get clarity from executive leadership about the hospital’s plan for the next three years and its implications for advancement.
3. If you are part of a multi-hospital system, think broadly and aggressively about initiatives that can take advantage of the system’s reach and that can attract transformational philanthropy.
For more information about Copley Raff and its spectrum of consulting services, please see www.copleyraff.com. Follow CRI on Twitter @copleyraff.