The Power of Pessimism 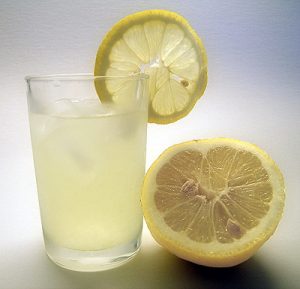 Henry Ford is famous for saying, “Whether you think you can, or think you can’t, you are right.” Yes, attitude makes all the difference in the world. As development professionals, we are often the public face of the organizations we serve. As a result, it is especially important that we project optimism and hope – you never know who’s watching or how they could interpret our nuances. Keeping that reality in mind, consider the following scenario…
You are responsible for fundraising for a nonprofit and are in a development committee meeting with volunteers. You’re discussing an upcoming event or are planning for a major gifts initiative. An influential volunteer brings up the still-recovering economy, and suggests that the organization set diminished fundraising goals, perhaps even equivalent to last year’s accomplishments. Sound familiar?
So what do you do? Agree with them? Wait to see how another volunteer responds? Or jump in and try and turn the conversation around to a more positive scenario? Your response is critical, and could greatly impact the financial health of your NPO in the short, medium and long run. Let me show you why.
Back in the spring of 2009, I interviewed a very wealthy couple for a feasibility study. You may recall – unless you were hibernating through that difficult year – the faltering economy and uncertain future made that one of the most challenging periods for fundraisers in recent memory. The couple and I started discussing the financial climate and how it might impact the campaign under consideration. The man and woman, who were board members of several other area NPOs, mentioned that the development staff at one of their other organizations were openly singing the blues about the economy. On the other hand, the couple mentioned that their peers – who were also very philanthropically focused – were not nearly as pessimistic about the future and that their giving would not diminish despite the newspaper headlines. They wanted me to know that nonprofits “were not doing themselves any favors” by expressing their pessimism. What an eye opener… and a perfect example of the importance of having, and projecting, a positive attitude with all your constituents.
Fast forward one year. As fate would have it, Copley Raff was hired for some development counsel by the “pessimistic” NPO mentioned by the affluent couple. In a heartbeat it became clear that the couple was absolutely right: the attitude of the development staff was negative. This self-fulfilling behavior was having a measurably negative impact on its fundraising volunteers, campaign progress, and overall results. It was a challenging climb to turn this organization’s culture toward more positive thinking – but one essential for its long term viability on many levels.
Your takes:

For more information about Copley Raff and its spectrum of not for profit consulting services, please see www.copleyraff.com.

Have a development, executive recruitment, or campaign strategy or management challenge? Let’s talk! Click here to connect with Rebekah Kaufman, Director of Consulting Services at CRI.