Nonprofit Health Insurers…An Insult to the Rest of Us 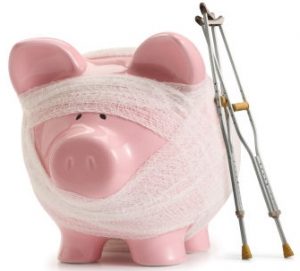 Where does your non-profit organization rankagainst one that, in 2012, made $163.9 million on $7 billion in revenues? Or perhaps your NPO is closer to making $103.4 million or $22.5 million. These are the earnings of three non-profit health insurers in Massachusetts; Blue Cross and Blue Shield of Massachusetts, Tufts Health Care and Harvard Pilgrim Health Care respectively. These NPOs also pay their board members for their part time service in the range of $40,000 – $54,000 annually.

While I have nothing against well run and profitable businesses, I have to raise the same questions as did the Massachusetts Attorney General; whether it is ethical to pay directors for their service to these “nonprofit” health insurers and whether they should be allowed to continue as nonprofit corporations?
Most cities and towns across the nation have nonprofit health insurers. These health insurers are central to the functioning of the current health care industry, and they are subject to and react to market forces. Their board members represent leading industries and employers who likely received more benefit by simply being of these boards than the compensation they receive.
Each of these Massachusetts health insurers has a charitable grant making function or foundation. By way of example let’s examine the largest, Blue Cross and Blue Shield of Massachusetts Foundation for Expanding Healthcare Access. In 2011, the Foundation had net assets of $92.7 million and distributed qualified grants of $6.8 million, or 7.3% of its assets and 4% of its parent’s 2012 net profit. The Foundation is a 501 c (3) corporation and is allowed to distribute any proportion of its assets.
Nonprofit health insurers are not like nonprofit hospitals. Hospitals treat patients, are enormously complex and highly regulated, rely heavily of government and third party payers and have to have the capacity to respond to disasters of all stripes. Insurers are also not like virtually all other nonprofits which rely on their board members to be dedicated to the mission, and serve as both donors and fundraisers.
I am begging three questions.

Does the public’s perception of nonprofit health insurers reflect poorly by association on nonprofit hospitals? After all, rising health insurance premiums are a burden to all businesses and individuals, and yet these nonprofit insurers are making tens of millions of dollars annually. Nonprofit hospitals by contrast are operating at a national average 2% margin leaving barely enough to make needed investments in capital replacement.
If nonprofit health insurers were converted to forprofit private corporations, foundations could be established by the Attorney General that would dwarf the size of current health insurer philanthropy operations. In addition, these forprofit private corporations would pay property taxes and income taxes adding much needed funds for government operations.
Forprofit private health insurers would have greater access to capital, as well as access to multi-state strategies and ownership that would make for a more competitive marketplace, and perhaps a more rapid response to the changing healthcare reform landscape…benefiting everyone.
With all of these considerations, I believe maintaining large health insurers as nonprofit corporations that pay their directors handsomely, diminishes the legitimacy and morale of all other nonprofit organizations. It would appear that society and communities would be better served when these health insurers are structured as what they really are…competitive, profitmaking insurance companies.
For more information about Copley Raff and its spectrum of nonprofit organization consulting services, please see www.copleyraff.com