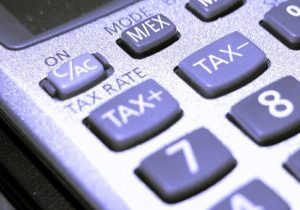 An article published in the Boston Globe on January 30th, “Uncertainty boosts donations at the end of 2012” described how area nonprofits and community foundations received larger than expected contributions at the close of 2012. According to the article, contributions to the Fidelity Charitable Fund and the Boston Foundation were up 24% and 300% in the past six months respectively. Other charities cited donors paying off pledges ahead of schedule. The newspaper’s explanation? Donors were worried that tax deductions would be capped in 2013, thus possibly reducing tax benefits stemming from their charitable contributions.

But is that entirely accurate, or even rational? I believe there are two phenomena worth exploring here. The first is one of the holy grails of donor research and advancement officer experience: that the tax deduction is low on the priority list of donors. Some research places it at around 7th behind community benefit, appreciation, and altruism. The second is the notion that congress will actually pass any truly significant tax reform in 2013, whether that be future focused legislation or laws that would affect taxpayers retroactively in 2013.
It is certainly understandable that high net worth donors do factor in tax savings into their entire estate management. And of course, this would include charitable contributions. Many have financial counsel, and I suspect those advisors did not want to get caught flatfooted if a tax deduction cap was enacted for high net worth individuals.
But that is not the complete story. The Boston Globe article failed to consider a key reality in this entire equation. It is a certainty that tax rates have gone up for incomes exceeding $400,000. The real world implication is this: gifts in 2013 will save donors more tax expense than the same gift in 2012 when the tax rate was lower. In 2012 the marginal tax rate* for family income over $388,350 was 35%. In 2013 the marginal rate for income over $400,000 is 39.6%. This is an increase of 13%. In simple terms, the value of a charitable tax deduction by high net worth households will increase by 13% in 2013.
Of course, there is the risk that charitable contributions may be negatively affected in future legislation. But let us not forget that the approval rating for Congress is 10%, an all time low, and that our elected officials have a poor history of passing significant financial legislation when there is not a gun to their heads. Therefore, I have to wonder why these smart people fell for the tax deduction cap hysteria. The good news is that advancement officers can talk about the 13% improved tax advantage in 2013 and keep an eye on our lawmakers before ginning up a new 2014 flavor of taxmania.
Your takes:
1. Understand the basic rules of financial management so you can engage donors in rational conversations on the subject.
2. Continue to believe that tax considerations are not paramount issues of most donors.
3. A strong case for support and the right relationship with your donors are still your best tools for success.

For more information about Copley Raff and its spectrum of not for profit consulting services, please see www.copleyraff.com.