The Power of a Lead Gift 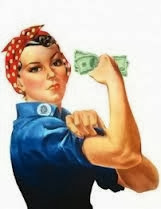 The ingredients of campaign success are like real estate…leadership, leadership, leadership. It comes in many forms, the most tangible of which is the stretch gift by your most prominent volunteers. It is not hyperbole to say that the commitments made by your most loyal supporters, who are known to be wealthy, will “set the pace” for others to follow. And rest assured, others are watching.

It is increasingly common in the campaign planning studies we conduct to hear from supporters that their campaign gift will be influenced by the commitment made by a particular prominent board member. It is also not uncommon for others to be willing to match what that person gives. (Or at least you can plant that seed.) All of a sudden, the feasibility of a campaign, or the likelihood of reaching a particular goal, rests on the commitment of a single individual.
When this circumstance exists; when all eyes will obviously be on the commitment of a specific person; it is only prudent for the executive leaders of the organization to have early conversations with that person to ensure they are part of the campaign/initiative planning and that they are in a position, emotionally and financially, to set the pace for giving. Be careful to not fall into the trap of “magical thinking” where assumptions are made about that person’s commitment.
A generous annual contribution from that person does not inherently translate into a magnificent gift for a campaign. The person may not have a history of making large gifts because he/she has a strategy to give generously to many organizations without particular favor of one over another. You, of course, can make the appeal to enlarge their giving “pie” so their campaign gift does not diminish their giving to other causes, but that is a steeper hill to climb than one might think.
Consider this true story. One of Copley Raff’s former clients is a prominent cultural organization with both earned revenue and community benefit programming. A relatively new trustee quickly ascended to the chair of the board as a result of the urging of the organization’s executive director. This new chair had special skills in negotiating big deals and also happened to be quite wealthy. Professionally, she was at the top of the financial services food chain.
The executive director’s strategy was successful and the new chair was helpful in landing a significant business relationship for the organization. At the same time, Copley Raff was preparing for the launch of the organization’s largest campaign to date. Through the course of our interviews, it became clear that key constituents were awaiting news on the chair’s gift to the campaign to help set the bar and truly ignite the effort. Clearly, her gift would set the pace for the others and carried tremendous importance.
As a result of our conversations with the chair, it became crystal clear that she had great enthusiasm for the deal making aspect of the organization, but had minimal passion for the organization’s mission related programs. After many weeks of avoiding the issue, the executive director was finally able to have a substantive conversation with the chair about her anticipated campaign gift.
And the results? Disappointing at best. Although she had capacity, organizational authority, and a challenge from another board member offering to match her gift up to $5 million, the chair committed to only $500,000 – 10% of what was hoped for. She explained that she and her family were “tapped out” from other recent gifts that would result in the naming of buildings on the campuses of two prominent universities.
So how did this all play out? Because of the significantly less than expected gift from the chairwoman, the overall goal of the campaign had to be lowered.
Your takes:
1. Do not assign gift expectations based solely on the donor’s wealth and relationship to the organization.
2. Be aware that wealthy donors often have many causes and as a result, timing plays a big role in philanthropy outcomes.
3. Engage your pace-setting donors early in your planning process and talk frankly about their influence on success.
For more information about Copley Raff and its spectrum of consulting services, please see www.copleyraff.com. Follow CRI on Twitter @copleyraff.