The Case for Gray Hair 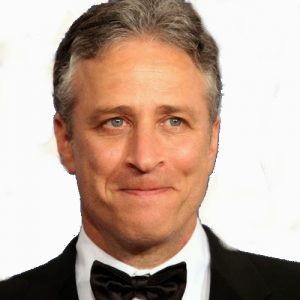 The advancement profession is a rare sector where there is advantage to being “older” – a member of the gray haired workforce. This designation most applies to those 55+ men (who still have hair of course) where our female colleagues often find more stylish alternatives. The logic goes that most of our best donors are, themselves 55+ and find it easier to have rapport with advancement officers who are like themselves.
There is truth to this, but we must not overlook something else about professionals in the veteran end of the spectrum… we are the innovators by and large. Research looking at where the successful innovations and innovators are coming from find it is from people 50+. Granted the Steve Jobs, Mark Zuckerbers and Michael Dells of the world were young when they struck upon their fate in their garage or dorm room. But it was also a late 40-something Steve Jobs who came up with the iPhone and iPad. And Jack Dorsey, creator of Twitter at around 30, is now burning it up with his recent mobile credit card payment platform called Square at around 40. One just needs to visit MIT’s website to see bold innovations coming from 70-85 year old faculty members.
Research done by Benjamin Jones of Northwestern University and Vivek Wadhwa of Duke University have compelling findings that people 55-65 are significantly more innovative than their younger counterparts.Wadhwa’s work shows older entrepreneurs have higher success rates when they start companies because they have accumulated expertise in their technological fields, have deep knowledge of their customers’ needs, and have spent years developing a network of supporters, often including financial backers.
This is what mature advancement professional bring to the table. Accumulated expertise, knowledge of the needs of donors of may stripes and an understanding of what works in the field. These are not lessons that can possibly come over night and it is sophomoric to think otherwise.
The age at which entrepreneurs are more innovative and willing to take risks seems to be going up. According to data from the Kauffman Foundation, the highest rate of entrepreneurship in America has shifted to the 55-to-64 age group, with people older than 55 almost twice as likely to found successful companies than those between 20 and 34. And while the entrepreneurship rate has gone up since 1996 in most other age brackets as well, it has actually declined among Americans younger than 35.
Entrepreneurship has relevance to the advancement profession. Regardless of job description, it is critical for anyone with advancement responsibilities to forge new paths, devise new more effective ways to do business, and use new tools for greater results. The most successful fundraisers are not content to step into a long-standing role and settle for “doing it the way it has always been done.” They are willing to design a new path to success, defend it to their boss, and take a risk to see if they can pull it off. In essence, a key personality trait in advancement – especially in today’s challenging economic and employment climate – is entrepreneurship.
One of Germany’s largest companies had a researcher examine its system for continuous improvement, expecting the findings to back up its policy of pushing workers into early retirement. The numbers, however, showed that older workers not only had great ideas for making procedures and processes more efficient, but their innovations also produced significantly higher returns for the company than those of workers in younger age groups. Birgit Verwonk, a Dresden University of Applied Sciences economist and author of the study, says the findings were so surprising for the company (which wasn’t named in the study) that it is now phasing out its early-retirement program.
I want to encourage advancement shops, especially larger ones to take advantage of its veteran professionals by establishing work teams of young, mid-career and veteran. This will accelerate the maturing and productivity of younger staff and minimize loss of knowledge through its redistribution, to the benefit of your organization and staff.
Your takes:

1. Reconsider your biases (if any) regarding older workers and potential new hires to your advancement shop.

2. Be open to well-grounded innovative ideas especially if it is flavored with gray hair.

3. Take advantage of the wisdom and experience of veteran workers to the benefit of more junior staff.