Beware of Charity Watchdog Groups and the Paradox of Shortsightedness 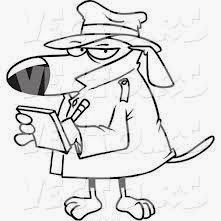 I never paid much attention to charity watchdog groups like Charity Navigator until reading a recent article in the Chronicle of Philanthropy entitled “Charity Watchdogs Scoff at Direct Marketers’ Self-Reporting Effort” (August 4, 2014). While I could go on for pages about the flaws and weaknesses of these rating groups, as many have, I will instead focus on two statements made by Charity Navigator officials that shine a light on the one-dimensional thinking they seem to be exhibiting.


In the article, scoffing at the notion of nonprofits reporting on themselves, Sandra Miniutti, vice president of marketing at Charity Navigator says in referring to the Direct Marketing Association’s accountability dashboard, “There’s no independent scrutiny or analysis which would provide a benefit to a donor.” “It appears to be no different than when charities publish their own pie charts and annual reports showing donors their best attributes.”

Ms. Mimiutte does not seem to realize that the very 990’s her organization relies on to make its rating is self reported data from nonprofits. Anyone who has spent time scrutinizing 990’s quickly realizes the wide variability nonprofits use to state program, management and fundraising expenses, and even the amount of reported contribution. In the following example, the Midwest Food Bank reports revenues of nearly $48 million and reports $43,000 in fundraising expenses. These numbers defy credibility and yet the food bank earns the top 4-star rating. Anyone who knows food banking knows that a large portion of the $48 million represents the value of contributed food, and the value assigned to a pound of food varies across the country. I am not questioning the value of the Midwest Food Bank, but this one example illustrates the naivety of these “watchdogs”. See The Myth of Advancement Benchmarks.

Perhaps Charity Navigator should revisit its rating formula it seems proud to highlight:

Although the calculation used to determine the overall score is complex, the rating table used for Financial Health, Accountability & Transparency and the Overall Rating is the same as illustrated below.

In another portion of the article, Daniel Borochoff, president of CharityWatch, marks down charities for high fundraising costs, citing listing the number of donors by charities is “not meaningful” since it says nothing about the quality of donors—for example, whether they gave a small or large amount or will continue to give.
This statement tells me that Mr. Borchoff has a fundamental lack of understanding of how fundraising works. It is true that some organizations spend a lot of money on donor acquisition that attracts small dollar donors who may not stay on the file for long. But, what Mr. Borchoff seems to not understand, it is from these donors that arise major and estate gift donors. These small donors are the feeder of the major donor pipeline and represent 95% of the estate donors most organizations enjoy. How about measuring if organizations have an apparatus for identifying and stepping up direct mail donors?
In addition to these important failings of understanding of the fundraising business, the rating systems also do not allow for good business practices where near-term investments are done for long-term payoff. The paradox is that a short term investment in fundraising, in order to build capacity, will surely negatively skew evaluation ratios and therefore the rating, and yet is a responsible thing to do to address long term objectives. Heavy investment in direct mail and acquisition in the short term is expensive, but in the long term represents a potential payoff of 300-500% of the initial investment per new donor acquired. The NPO will be penalized with a rating downgrade for investing in the future.
In another example, campaign fundraising for restricted purposes will improve the ratios with a short term improvement in ROI but could mask underlying weakness in generating unrestricted funds that are used for programs, paying fundraising expenses and overall financial stability post campaign.
Throughout this discourse you will notice that the organization’s mission is not mentioned or part of the calculus. I will leave this matter to another day.
Your takes:
1. At most, take the ratings of charity watchdogs as just one data point in your evaluation.
2. Speak with your donors about the shortcomings of these ratings and stress your organization’s strengths and mission.
3. Beware of the use of simple formulas for complex challenges.
For more information about Copley Raff and its spectrum of consulting services, please see www.copleyraff.com. Follow CRI on Twitter @copleyraff.