Mars, Venus and the Case for Support 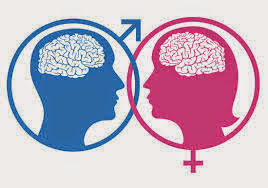 We all know that men are from Mars and women are from Venus…as the saying goes. We also know from research that women donors tend to be more generous and are more personally involved with the causes they support than are men.

As advancement officers, it is our challenge to construct cases for philanthropic support that appeal to both genders even though that which appeals to each may be dramatically different. A recent research article entitled “What drives the gender gap in charitable giving?” (Social Science Research, Volume 52) examines the motivation of male and female donors to support poverty relief organizations. This nationally representative survey found:

Men reported less willingness to give money or volunteer time to a poverty relief organization, due to men’s lower reported feelings of empathy toward others. When poverty was framed as an issue that negatively affects all Americans, men’s willingness to donate to the cause increased and eliminated the giving gender gap. Mediation analysis revealed that this “aligned self-interest” framing worked by increasing men’s reported poverty concern, not by changing their understanding of the causes of poverty. While men were generally less motivated by empathy, they responded to a framing that recast charitable giving as consistent with their self-interest. Exposure to the same framing, however, led women to report lower willingness to volunteer time for poverty relief, suggesting that framing giving as consistent with self-interest may discourage those who give because of an empathic response to poverty.

These findings do not come as a surprise to me and generally support my experience with donors and organizations over the past 30+ years. It does raise an important issue, however. In written documents particularly, how do we appeal to those who respond to self-interest and greater good arguments while also appealing to the emotional aspects of our mission…without turning off the other?

This is a challenge that can be overcome in face-to-face meetings with donors, by verbally discussing the appropriate framing of the mission or project. There is simply no substitute for donor strategy and conversation.

In situations when you have to rely on paper, as with direct mail or email, it would be wise to add gender to your segmentation strategy. I do review the gender distribution of the check signers of contributions made through direct mail. Code your file for gender and test and adjust your appeals to address gender response differences.

This same consideration extends to gift acknowledgement letters, the mix and orientation of newsletter articles and parlor events with donors and prospective donors. Diversity of message and awareness of what messages resonate with which donors is one of the keys to your success.

1. Consider the many different ways you can frame and present your mission and cases for support.

2. Understand the gender distribution of your donor file.

3. Test messaging and learn what resonates with your donors.