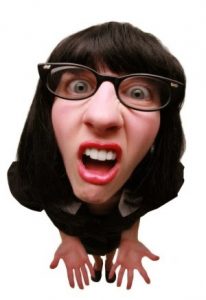 Campaigns come in many flavors.

For advancement professionals, these different campaign constructs are generally understood, but not so much for volunteers and donors.

I have found over the years that there is also a fair amount of confusion within advancement shops and many would be hard pressed to come up with a consistent definition or explanation for a given campaign. Let’s explore the possibilities.

Generally speaking campaigns are “the planned mobilization of the friends of an institution for a voluntary solicitation of proportionate gifts from an informed constituency toward a specific goal or objective within a specific period of time.”
Capital Campaigns
I have counseled clients for years to not use the word “capital” when referring to their campaign. Back in the day when most campaigns were for building construction, the “capital” reference was synonymous with a building or equipment. These days, most campaigns are multi dimensional and often include many other institutional opportunities besides construction or equipment, such as scholarships and programs. And when a building is involved, you are raising money for what happens inside of the building and how that benefits the organization and its constituents. Some argue that “capital” can refer to the money being raised by the campaign…but that can be said for all fundraising efforts. Alternative nomenclature might include Major Gift Campaign, Transformational Campaign, Aspirational Campaign…or just [Insert Name Here] Campaign.
Annual Fund Campaign
Annual Fund Campaigns are most common in the education sector where there is an actual fund and a prescribed goal to attain and spend annually. In most other sectors, there are annual giving efforts that are ongoing and do not have an externally advertised goal. Annual giving programs are not generally referred to as a campaign so confusion is avoided. The use of Annual Fund Campaign does help when discussing with donors their giving to the annual fund and additional giving to the [Insert Name Here] Campaign.
Direct Mail Campaign
Annual giving officers and direct marketing consultants typically refer to the “spring” campaign and “year-end” campaign. It is an appropriate use of the word but should only be used internally. Imagine discussing at an advancement committee meeting with volunteers the Year-end Mail Campaign to help us finish the Annual Fund Campaign so we don’t interfere with the launch of the [Insert Name Here] Campaign.
Employee Campaign
Employee Campaigns are common in health care where there is a large and well paid workforce. These are legitimate campaigns often held over a 1 – 3 month period (shorter the better). It is not unusual for employees to be solicited via direct mail and email as part of an employee campaign, so it is important to maintain clear descriptions of your efforts. This is especially true when the Employee Campaign activity is used to also raise funds during the public phase of a [Insert Name Here] Campaign that is being wound down.
Endowment Campaign
This is the most confusing of them all. Are you raising money for a true endowment or a quasi (board directed) endowment. Are you encouraging your donors to restrict their gift, thus tying it up forever or asking them to trust the organization’s leaders to make the best decision at the time. If there is an economic down turn like in 2009, can the endowment be invaded? I have heard many of the following questions over the years:
Comprehensive vs. Targeted Campaign
Most of the large campaigns these days are comprehensive campaigns. This means that all dollars given for all purposes during a defined period of time is counted toward the campaign goal. So if an organization typically raises $10 million a year and undertakes a $100 million campaign over five years, they are effectively trying to raise an additional $50 million on top of the $50 million they would normally raise (easy to say, hah). So the gifts given through the Employee Campaign, the Annual Fund Campaign and Direct Mail Campaigns all support the [Insert Name Here] Major Gift Campaign. Oy Vey

1. Be very mindful of how campaigns are referenced and vet the description with key stakeholders to avoid confusion.

2. Consider the use of the term “initiative” or other terms where appropriate to reduce confusion.

3. Keep in mind that the word “campaign” has negative connotations to some volunteers.

For more information about Copley Raff and its spectrum of consulting services, please see www.copleyraff.com. Follow CRI on Twitter @copleyraff. For those in healthcare visit www.acophilanthropy.com.