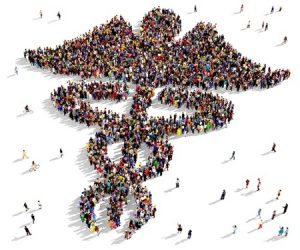 If a population health initiative gets initial funding from a foundation, health insurer, or a hospital, and shows strong results…will it get more funding to maintain its good work? Likely not.
Public health leaders are often frustrated by having to shutter outstanding community health programs when the start-up funding from foundations, insurers, hospitals, and government sources runs out. Without successful sustainability plans, all too often they face the disappointment of this phenomenon of “one and done”.
Rarely do individuals or groups fill the breech by planning for and securing funds from other sources for valuable programs when funding runs out. Instead it is common for health departments to end programs and seek the next grant for yet another worthwhile initiative. At the end of the day, sustained population health programs are more illusion than reality.
For generations, America’s public health sector has quietly and efficiently advanced our nation’s health and well-being. With governmental support and investments from a small number of foundations and corporations, public health became “the silent miracle” behind the significant health advances of the 20th century. The public health system averted harms that created benefits largely unseen. There are epidemics that do not happen, storm deaths that never occur, food poisonings that are averted, chronic illness that does not take hold and other life ending and life changing outcomes that are prevented by public health programs but do not make headlines.
A vibrant public health system is essential for achieving national prosperity.And in this era of accountable care where healthcare systems increasingly rely on healthier populations and fewer people in hospital beds, the need for high-quality public health services is even more compelling.
Our nation’s 2800 local health departments are central to this work. And now they have a new partner…the acute care health system. Accountable Care Organizations (ACO) and local hospitals will thrive only if their “covered lives” are healthier. To make this work, ACOs must work with the long toiling public health sector – and other local private, nonprofit, and government organizations – to create effective and sustainable population health programming.
Here is the catch: most ACO and hospital-funding models do not directly support the costs of community health programming. According to the analysis published in the American Journal of Public Health, the 2010 Affordable Care Act (ACA) promised a $15 billion allocation in public health funding, note study coauthors Dr. David Himmelstein and Dr. Steffie Woolhandler of the City University of New York School of Public Health at Hunter College. But a 2012 law cut funding for the ACA’s prevention and public health fund by $6.25 billion and subsequent legislative efforts reduced it even more, the researchers note. Public health appropriations for the 2015 fiscal year are less than half of the $2 billion originally budgeted, they report.
The alternative to this funding abandonment is the mythical thinking that funds obtained through shared savings and more effective clinical care will be used to fund community health efforts. Until this circular logic catches up with higher margin realities, there are no substantial funds available for initiating and sustaining population health programs.
The solution is hiding in plain sight.
The powerhouse fundraising operations in most communities are in nonprofit hospitals. Increasingly, net philanthropic revenues from hospital foundations and fundraising offices are accounting for net positive operating revenue rather than red ink for hospitals and health systems.
With fewer inpatients, hospital fundraising priorities must now move from traditional priorities of facilities and expensive equipment, because the need for these resources will diminish and debt financing for these projects will be increasingly difficult to obtain.
As hospital executives realize that healthier covered lives translates into a stronger bottom line, they will direct their development offices to pursue community-based fundraising for community health planning and population health initiatives.
Hospital and ACO fundraising will increasingly support population health assessments and monitoring, initiatives to improve the public’s health, and activities to meet ACO objectives – which, in turn, will improve the health systems’ financial strength.
Fundraising by hospitals and ACOs could be used to create Accountable Care Communities and programs to: reduce obesity in children, falls among seniors, pediatric accidents, asthma hospitalizations; increase vaccination rates and hypertension and diabetes screening; and, recruit primary care physicians.
These initiatives are also likely to involve other community-based organizations that would receive contracts or grants from hospitals and ACOs – all funded by hospital fundraising programs.
Individuals, corporations, and foundations have shown interest in supporting local public health programming, but absent ongoing professional fundraising – as found in hospital advancement offices – most of these programs will be episodic and will not generate needed and sustainable community health improvements.
There are concepts designed to raise the sights of the philanthropic community to think beyond their hospital walls and to help them consider using their generosity to improve the health of their communities.
_______________________________________________
For more information about Copley Raff and its spectrum of consulting services, please see www.copleyraff.com. Follow CRI on Twitter @copleyraff. For those in healthcare visit www.acophilanthropy.com.
The next PLAN-MGO sessions is April 8-11, 2016 in Boston.
(To receive Copley Raff’s exclusive tool to help you determine how much to ask for a multi-year pledge from your major donors, write to cri@copleyraff.com with your request. This tool has been validated by more than 200 advancement officers and is the only tool of its kind available.)