Hate-Speech “Sells” in Today’s Politics – Will it Work in Nonprofit Fundraising? 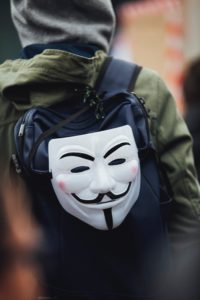 This is a difficult topic to address, but one that has fascinated me for a while. We are witnessing the phenomenon, last seen in the late 1960s during the George Wallace presidential campaign, of robust political fundraising on a messages of hate, divisiveness and demonizing of an entire classes of people.

Hundreds of millions of dollars are being contributed during the primary season and nearly a billion will be spent during the presidential race for each political party. Will a strategy of hate, divisiveness and demonization work in nonprofit fundraising?

I ask this question while hoping I already know the answer. But it is hard to deny that there are plenty of exclusionary and hate-driven nonprofits, on both sides of the political spectrum, that thrive and raise funds for their cause.

As an example, the federal government has allowed four groups at the forefront of the white nationalist movement to register as charities and raise more than $7.8 million in tax-deductible donations over the past decade, according to an Associated Press review. With benevolent-sounding names such as the National Policy Institute and New Century Foundation, the tax-exempt groups present themselves as educational organizations and use donors’ money to pay for websites, books and conferences to further their ideology. The money also compensates the leaders of the four groups.

New Century Foundation head Jared Taylor said his group raises money for the benefit of the “white race,” a mission taxpayers are indirectly supporting with the group’s status as a 501(c)(3) nonprofit. The IRS recognized the Charles Martel Society, the National Policy Institute and VDare Foundation as charities more than a decade ago. The Connecticut-based VDare Foundation raised nearly $4.8 million between 2007 and 2015.

Suffice it to say that there are many more similar and related nonprofit organizations operating with the benefit of tax exemption and raising millions of dollars for their causes. Free speech is not free.

All this begs the question, can your nonprofit take a divisive stance on an aspect of your programming that would strongly appeal to a subgroup of the population.

It is an approach that is working for hate-based organizations. Maybe there is a bit of hatefulness and anger in all of us that needs a place to be channeled for a good cause.