Good Reasons for Fundraisers to Understand the American Muslim Community

Within 30 years the Muslim community is set to become the second largest religious group in the U.S., surpassing the Jewish community. Why is this important when we are talking about fewer than 4 million people growing to only 8 million people by 2050?

Muslim-Americans are the fastest-growing demographic in the U.S. according to a 2018 Pew Survey. In the US, the Muslim community is characterized by immigration and racial diversity as Muslims are African-American, Latino, Asian, Arab, and Caucasian – and its growth has been largely due to immigration according to Pew.

According to a recent study by the Indiana University Lilly Family School of Philanthropy and Islamic Relief USA, Muslim-American giving in 2021 was higher than the general U.S. population to both faith-based and secular causes,

The generosity and influence of a small group of people should not be underestimated. As a comparison, the philanthropic influence of the Jewish community is well known in the advancement profession, and its trajectory is similar to what we are seeing in the Muslim community.

There are 37 Jewish members of Congress and 4 Muslim members. Put another way, of the 535 Senate and House seats in Congress, 7.6% are represented by two minority groups that comprise roughly 3% of the US population.

Just this last week, residents of Hamtramck, Michigan, elected a Muslim mayor and an all-Muslim city council, a testament to the city’s changing demographics. The city has a population of just over 28,400, that was once known for its sizable Polish-Catholic population.

Copley Raff’s Work in Doha, Qatar – And What We Learned

I am not surprised to learn of the generosity of Muslims in America. Copley Raff worked for Sidra Medicine in Qatar to design the first comprehensive hospital-based fundraising program in the Arabian Gulf Region. Based in Doha, Sidra Medicine, is the region’s most advanced children’s and maternal hospital and research center. 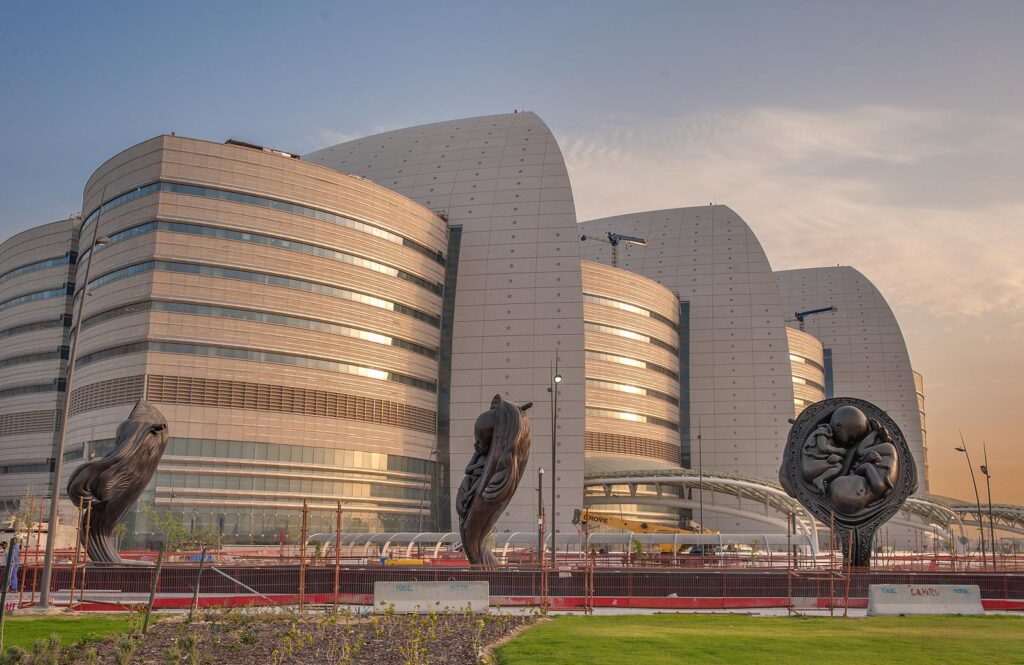 Along with my colleague, Mark Cummings, we learned all we could about Islam, its culture, financial system, and philanthropic traditions before our journey to the Gulf. In Doha we interviewed dozens of Qatari business, government, and medical leaders, as well as everyday workers and expats. We learned about Qatari traditions and those of surrounding nations.

Fundamental to all we learned were the five pillars of Islamic practice:

Muslims across the globe adhere to these practices, regardless of their ethnic, regional, or sectarian differences.

In particular, we learned that zakat is a source of blessing that connects the rich with the poor, and serves as a reminder that all things, including wealth, belong to Allah. The word zakat means purification and growth.

Zakat is considered mandatory and is related to annual earnings and wealth. Many organizations in the greater Arabian Gulf Region actually have online calculators to help donors compute 2.5% of their WEALTH – that might include the value of gold and real estate – not just income. Zakat is given to government or otherwise approved charities. How’s that for annual giving!!

Sadaqah means ‘charity’ and is the concept of voluntary giving. The Qur’an describes it as ‘a beautiful loan’ as it encompasses any act of charitable giving done out of compassion, love, friendship, or generosity. It can be given to anyone, and there are no limits or guidelines.

This is much like that which motivates anyone to make a major or transformational gift as it is often deeply rooted and emotionally driven. At the same time, given the requirement of zakat, Islamic cultures are not oriented toward sadaqah, or major giving.

Kerwat roughly translates to the belief that giving to charity while you are sick will help you heal. This is important to know when building relationships with Muslim families, especially in the context of healthcare fundraising.

Waqf is a perpetual endowment and is one of the oldest legal traditions in Islam. This religious endowment typically describes a donated building or a plot of land for religious or charitable purposes.

The more modern concept of cash-waqf emerged in Bangladesh in the 1980’s. Cash is collected from the rich and put into managed funds as registered entities with their gains distributed among the poor as an alternative to zakat. The idea is to create and transform “social savings” into social capital, increase social investment, and develop a “social capital market” to promote social development for less fortunate community members.

So, the notion of raising funds for endowments is a requirement and a long-standing Islamic philanthropic tradition.

Copley Raff’s mission: Every interaction is to help nonprofit organizations fulfill their missions by meeting ambitious goals, aligning their leadership, elevating fundraising, and activating the brilliance of their teams. It is a bold promise but one that we know will serve you and your organization’s mission in a way that will deliver tangible and meaningful results – the kind of results that make a real difference!