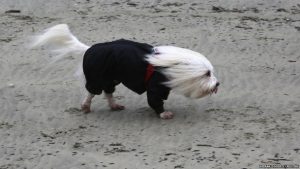 Is the job market for advancement professionals contracting? And if so, why?

It would appear from most of the available data, the number of 501(c)3 “public charities”* in the US is indeed declining. (*StakeholderCorporations)

According to the Independent Sector and Urban Institute’s research:

From the perspective of professionals associations(AFP, CASE, AHP, others) and their members, who are employed by nearly one million 501(c)3 public charities, this trend is both concerning and explainable. 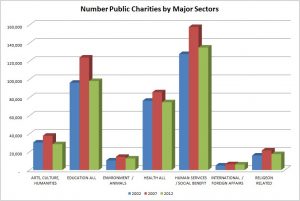 What is astonishing is illustrated in the following graph. Of the 250,000 public charities with $500,000+ budgets, only 13% of their revenue was raised through philanthropy channels…private contribution. Remember, hospitals, higher education and the like have very large earned operating budgets and get substantial funds from government sources (Medicare, Medicaid). With 32% of funds coming from government sources and 50% of funds from earned revenue as shown below, it is hard to see why we call the “nonprofit” economy “Independent Sector” or “Third Sector”. I would call it the “Stakeholder” Sector, operating using all sources of revenue except shareholder revenue…but I digress.

There are many reasons for the recent decline in the number of public charities and I argue that there are more headwinds ahead to support anticipating a continuation of this trend.Some headwinds include:

Retiring Leadership: A 2011 study by CompassPoint Nonprofit Services and the Meyer Foundation indicates (image below) that the chief executives of nearly 60% of stakeholder corporations will be retiringwithin the next 5 years. 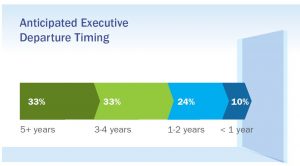 Succession Planning: The same CompassPoint / Meyer Foundation study reports that despite 15 years of attention to the importance of executive succession planning, the practice is not widespread. Executives and boards are still reluctant to talk proactively about succession and just 17% of surveyed organizations have a documented succession plan. Even more problematic is the extent to which many boards are unfamiliar with the dimensions of their executives’ roles and responsibilities. Just 33% of executives were very confident that their boards will hire the right successor when they leave.

Strategic Planning: This is among the most valuable tools with which to attract capable executive and volunteer leaders. There is little data addressing how many organizations have a strategic plan that is used by leadership, but from my experience, no more than 50% have a plan and most of those are of little value or is used to drive management.

Vision: One reason organizations do not have a strategic plan is because they have not done the work or have had the leadership to articulate the organization’s vision. What does success look like ten years from now? Often, as a result, mission creep and mission erosion takes place where organizations “chase the money” even though the expectations of the funders are not aligned with the mission. It is hard to attract talented leaders if the organizational mission and vision are murky.

Institutional Self Esteem: Many organizations I have encountered in my career have low institutional self esteem. As a result, they do not think big, they don’t think they have the legitimacy to ask for larger gifts or to expect greatness. Only the most spirited new leaders would be willing to take on this steep climb to make the organization viable for the long run.

Narrow Funding Base: As seen in the graph above, many organizations grew up relying on a few key funders and revenue sources -typically local, state and federal dollars. As a result, these organizations do not have a culture of philanthropy and usually employ, at most, a grant writer. Government funding is in decline and many organizations, if they are trying to, are finding it very difficult to quickly evolve its culture toward greater reliance on philanthropic support.

Sustainability and Growth: It takes smart investment of “extra funds”, talent, patience and strong leadership to grow an advancement program to keep pace with annual needs as well as addressing aspirational growth. Competition for gifts has never been more fierce, especially as the donoruniverse is in decline.

Mergers: We all know our communities have many organizations that provide the same services to the same constituencies. Despite attempts by larger funders to encourage or even force organizational mergers, there have been very few. Governing boards need to wake up and smell the coffee. There will be less and less tolerance by donors for provincial thinking and small picture strategy. The exception is in healthcare, because in order for the business of healthcare to survive, economies of scale must be achieved to attract favorable government and private payer contracts, and operate at (at least) break even.

Economic Darwinism is at play here, and as we know, evolutionary changes are tough to stop. I am placing no judgment on this trend, because economic, government and cultural constructs are in play more now than ever before.

I hope this view I have outlined will give mission driven individuals a reason to become clear about how they can best contribute to the Stakeholder Sector now and as it evolves.