It is Time for Large Funders to be Leaders 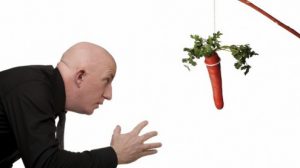 A recent article in the Boston Globe “Does Boston have too many nonprofits?” by Sacha Pfeiffer, addresses an often heard lament that there are too many nonprofits (stakeholder corporations) doing overlapping work. As the article points out, there are 40+ organizations dedicated to help disadvantaged students in the Boston Public School get into and graduate from college…and now there is a new one called OneGoal. OneGoal is attracting $2+ million in initial support from major funders in town, but others are balking and calling out the obvious redundancy it represents. The inefficiencies are obvious and economies of scale wanting.

To use Boston as an example, there are a number of organizations with a Boston address doing similar work in this city of 650,000:

It is time for major funders – institutional and individuals – to start using their money to incentivize economies of scale in nonprofit sectors that are ripe for consolidation, and which are important to civil society. In the healthcare world for instance, hospice organizations are in the midst of unprecedented consolidation because economies of scale are necessary to survive given changing reimbursement models. This is increasingly the case for many nonprofit sectors, because, here too, the funding model is changing.

Funders can use carrots and sticks to provide “incentives” and encourage boards of directors and executives of like organizations to convene meetings to explore consolidation, cooperation, coordination, combining, co… I have many times suggested to clients the notion of exploring a merger with an appropriate “competing” organization, and have witnessed first-hand the typical negative visceral response, citing all sorts of reasons why that will not be considered. Or, “we tried that and it did not work out.”

There are surely models in cities across the nation where rational heads have prevailed and smart consolidation has occurred with the help of funders (typically United Ways, community foundations, major employers) who offer transition funding and early stage bridge funding to those organizations willing to take the plunge on behalf of the public good…instead of their own.

Funders can support training and technical assistance for board enlightenment, organization transition, change management and the like, and support organization that participate and not support those that do not. Funders can pool their funds for these purposes for even larger effect.

Even with what might be perceived as declining fundraising competition as just cited, it still costs 25% more to acquire a new donor through direct mail and the Association of Healthcare Philanthropy benchmark cost to raise $1.00 has gone from $0.25 to $0.33 over the past eight years. This is because the number of viable donors is declining (see The Long Term Trend That is Going Unnoticed for my argument), and much of the total giving numbers are due to more and larger mega gifts…not more gifts from more people.

The time is now for funders to demonstrate their leadership (risky as it may be), and help organizations get past legacy attitudes and biases – and respond to the new day where organizational survival is paramount because of mission, and the constituents and stakeholders who depend on their important work.