Be Smart About Capital Expansion 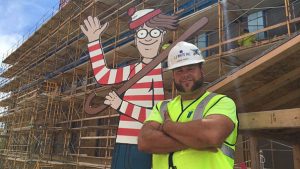 The recent article in The New York Times, “How the Rich Are Hurting the Museums They Fund” by Ben Davis on July 22, 2016 struck a chord with me because it addresses a common question I ask potential clients about their plans for capital expansion. The question is, once you build it, will you be able to afford to keep it going?

The article addresses the “wrenching round of layoffs” at the Metropolitan Museum of Art in New York after opening the Met Breuer art annex. The annex adds $17 million to the annual operating budget and the layoffs will save $10 million. This capital expansion comes at a time when many other museums are doing the same, spending hundreds of millions of dollars, despite the fact that on average every $8 a visitor spends costs the museum $55. And, according to the article, between 2002 and 2012, the average adult attendance at art museums and galleries declined by as much as 30 percent.

This example of undertaking large fundraising efforts for capital expansion, because large funders are enticed to support it, is not restricted to the museum sector. We have engaged with many human service, performing arts and healthcare organizations facing decisions whether to build, buy or lease for the space they need. Each approach has its long term cost implications and different degrees of flexibility should economic conditions change.

We can be reasonably certain about a few things, however. Organizations that depend on government funds for services provided should not be anticipating a rate increase, and that net revenues from government sources will continue to decline. In healthcare, the new healthcare funding model calls for reducing the rate of acute care and hospitalization through healthier communities, so the argument for adding facilities will be challenged to make the case that earned revenue will float the boat.

Philanthropic support, obviously, is critically important to most stakeholder organizations to sustain and grow their operation. When considering expansion of services, the business plan must include both earned revenues and philanthropic support for both capital and ongoing operating support. If the discipline of planning reveals the financial basis for the expansion is unrealistic, then the following options should be considered.

1. Lease new facilities rather than make a large capital outlay to purchase or construct a building. Owning your own building is not all it is cracked up to be, especially if you are not funding depreciation and cannot take advantage of other tax benefits private developers use.

2. Recruit a developer to build the building for you and then lease it back from the developer. This is commonly done with college dormitories and medical office buildings, to name two examples.

3. Reconsider your case for annual support and the importance of core funding in a way that can attract larger gifts for incremental and eventual aspirational objectives.

If you do undertake a campaign for capital needs, create a policy that sets aside a portion of capital gifts for a reserve fund to operating the new facility, or to support fundraising so you can expand your operation to meet the added operating expenses. This is a common practice for large research institutions for gifts for research and capital.

Finally, do not overlook investment in your core “business” that might involve increasing: attendance at performances; visitors to the museum; membership; a beneficial payer mix; your annual donor base…

Be smart about letting that shiny new project, that may be favored by volunteer leaders and major donors, undermine sound business planning and rational decisions.

1. Advancement executives need to be at the leadership table to ask the hard questions during the expansion planning process.

2. Remember that most influential donors are both rational and successful because of it, and will respond favorably to a well considered strategy.

3. Continue to be aware of trends with our your sources of revenue so you can make the case you need to make to leadership.