The Long-Term Trend That Is Going Unnoticed – UPDATED 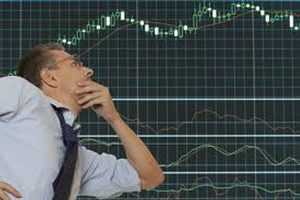 My original post dated August 3, 2014 entitled “The Long-Term Trend That Is Going Unnoticed” argued a number of reasons why the overall national donor pool is shrinking. The pillars of the argument addressed the Giving USA analysis showing total giving rose 3.0 percent in 2013 over the 2012 estimate, adjusted for inflation. There was no data, however, addressing if this rise in giving was from more donors or fewer donors.

New data (at least I just found it) from the National Center for Charitable Statistics confirms my following argument that there are fewer donors overall, and that the rise in total giving is heavily influenced by a growing number of much larger gifts from wealthier donors. 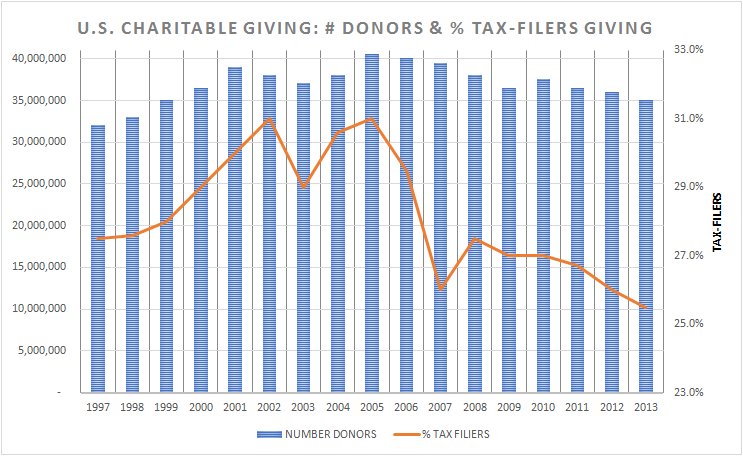 The graph shows a declining trend in the overall number of donors who are giving and a dramatic decline in the number of those donors who are tax filers…who declare charitable deductions. People who itemize their deductions, including charitable contributions, tend to be wealthier and have assets that warrant itemizing deductions instead of taking the standard deduction.

As seen in the chart, this trend predates the recession. Donor populations have been shrinking for the past seven years, primarily because of declines in new donor acquisition. The data does not indicate positive year-to-year overall donor growth since the third quarter of 2005.

This analysis supports the effect of the declining real earning power for the middle class over the past 20+ years, and income polarization putting more wealth in the hands of a smaller and smaller percentage of the population. It stands to reason we are likely seeing growth in overall giving from fewer and fewer people.

Although corporate giving decreased in 2013, the year saw considerable growth in very large gifts of $80 million and up from individuals, couples and estates. “We witnessed a number of these very large gifts from households and estates, which may be signaling growing confidence among wealthy donors in making larger commitments,” said Gene Tempel, Ed.D., CFRE, founding dean of the Indiana University Lilly Family School of Philanthropy. 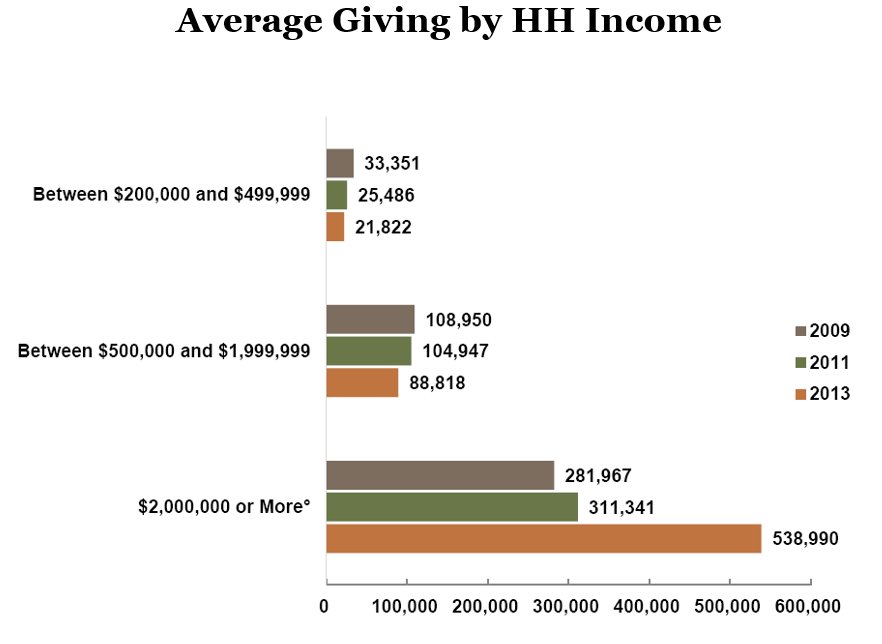 We are all aware that this is the era of mega, multi-billion dollar campaigns. These campaigns, while typically attracting tens of thousands of donors and gifts, contribute to obscuring the reality that increases in total giving are coming from higher average giving from fewer donors.

Consider some statistics in the July 27,2014 NY Times article by Stephanie Coontz, “The New Instability” where she points out that “In 1969, by the time men reached age 25, three-quarters were earning wages that could support a family of four above the poverty line. By 2004, it took until age 30 for the same percentage of men to reach this income level. And while in 1969 only 10 percent of men ages 30 to 35 were still low earners, by 2004 almost a quarter of men in that age range remained low earners.” To support this reality, a study financed by the Russell Sage Foundation found the inflation-adjusted net worth for a typical household was $87,992 in 2003 and $56,335 in 2013, a decline of 36%.

Does this sound like the conditions for an expanding donor universe?

If my briefly described thesis is correct, what are the implications for advancement and advancement professionals? Here are a few thoughts: