When Leadership is Fraught with Cognitive Dissonance 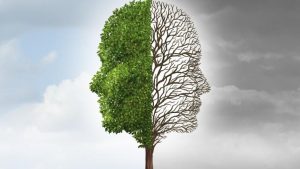 There is no denying that a major source of frustration for advancement officers is when board and executive leaders proclaim their devotion to the mission, promise to help, and don’t behave accordingly.

There is little doubt that the basis of this cognitive dissonance is that the vast majority of people do not like to participate in fundraising…to use their social capital to “extract” money from others…even though they want to help you and your organization succeed.

Healthcare is a shining example of institutional cognitive dissonance. In a national environment of dramatically shrinking operating margins, many hospitals and systems are engaged in multi-year cost cutting campaigns (while maintaining care quality of course). The cognitive dissonance is that advancement programs are often included in these cost-cutting campaigns despite their cost to raise a dollar is around $0.33 while the cost to raise a dollar through clinical services is on average $0.99, if not $1.05. And if CFOs realize net fundraising does and will increasingly contribute to overall net margin, it is not possible to rationally justify such financial suppression.

His basic hypotheses are:

· “The existence of dissonance, being psychologically uncomfortable, will motivate the person to try to reduce the dissonance and achieve consonance.”

· “When dissonance is present, in addition to trying to reduce it, the person will actively avoid situations and information which would likely increase the dissonance.”

Overcoming cognitive dissonance is very difficult. We see this vividly as our nation’s president maintains his base of supporters (roughly 35% of those surveyed) despite his overwhelming incompetence, incoherence, duplicity, admiration for adversaries and policies that hurt the very people to whom he lied to get their vote. This is a display of cognitive dissonance on mass…so don’t even try to turn around those who are frustrating you in this way.

Here are some suggestions to help you reduce your frustration and to engage your leaders most productively:

1. When recruiting board members, address their comfort level and apprehensions about fundraising. It is not meant to eliminate candidates but rather to let you know who you can and cannot count on, and how or whether to work with them.

2. Meet with each of your board members and executives individually and explore those functions they can do comfortably to support fundraising, write it down in their record, and engage them in ways that are comfortable for them.

3. Conduct a survey asking what people are willing to do to support fundraising. Options might include:

· Let you use their name to secure a meeting;

· Write a note to a donor candidate to get a meeting;

· Be part of a discovery meeting;

· Steward a relationship with a donor candidate; and,

· Participate in an ask meeting.