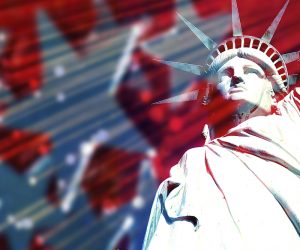 When is it appropriate for nonprofit leaders to comment on a burning issue?

I was discussing a close friend’s disappointment with the statement his synagogue released following the tragic Charlottesville demonstrations, murder, and equivocal statements from our President. The synagogue denounced the Neo-Nazis, White Supremacists and Alt-Right but did not invoke the President’s culpability in feeding these groups’ aspirations throughout his campaign and into the inner sanctum of his presidency. We both agreed that his spiritual leaders failed to rise to their moral and ethical obligations.

This conversation raised the question for me about the role leadership plays at nonprofit stakeholder organizations in our communities and whether it should include speaking out on matters that demand it. Nonprofit and religious organizations might say that they need to remain apolitical so as not to jeopardize their tax-exempt status.

That is SO not so in this case.

When Equivocation Just Won’t Do

Calling out a person, who happens to be President, for supporting hate speech and organizers of a demonstration with the intent to be violent — bringing weapons and body armor to a “peaceful” demonstration — is not political speech. Calling out malignant groups that overtly promote ideologies that denounce the ethical and moral pillars of our society, is not political speech. It’s patriotism at its most fundamental level.

Our nation —“that shining city upon a hill”— is possible only because of our deep and supportive heritage of diversity through immigration, our Constitution and our founding idea that all women and men are created equal. No other country on Earth has a genesis like this that has prospered as has the United States of America for more than 240 years.

Make no mistake, the President’s recent and continuing actions are a threat to this proud history and our precious values.

Nonprofit organizations are stakeholder organizations. Your stakeholders believe in your mission, support it through various forms of philanthropy, and LOOK TO YOU to understand how your mission can and should respond and adjust to these abhorrent and republic-challenging events. I am heartened by our nation’s major corporate leaders who are strongly speaking out and taking action.

Your proclamation addressing the President’s culpability for and statements supporting events and groups like these, are needed NOW. This is a convergent moment that transcends party affiliation, and is about the President’s deeds and his disgrace of the office he holds.

Take a principled position by linking it to the role your mission plays in society and the welfare of your constituency, and communicate it to your stakeholders.