Harvey, Irma and Our Nation’s Soul 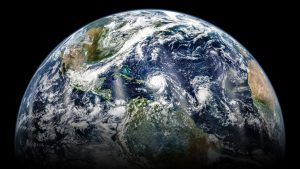 During Boston’s snow apocalypse in 2015, I had light hearted discussions with my clients in Miami posing which they were more willing to deal with – winters with the potential of 10 feet of snow or the threat of devastating hurricanes. To a person, they all chose the latter.

Irma has definitely called the question for my Floridian friends, as has Harvey for Texans. We all make choices where we live that might expose us to tornadoes, earthquakes, blizzards, fires or hurricanes knowing the trade-offs as best we can. In the heat (wind and rain) of the moment, though, we as a nation rally to support those in need.

Hurricane Harvey has spawned thousands of fundraising efforts and contributions of hundreds of millions of dollars, thousands of tons of supplies, and incalculable acts of selflessness. Harvey has shined a light on the generous and resilient soul of our nation.

Hurricane Irma, which will make landfall 24 hours from now as I write this post, will undoubtedly inspire the same generosity from our nation. At times like these, I am gratified by the seemingly infinite depth of compassion and generosity Americans of all stripes and heritage show for one another – without reservation.

Rebuilding after these two devastating wakeup calls by Mother Nature will take more than philanthropy, even in all its forms. It will also require inspired and forward-thinking acts of a civil society and its leaders. For those who think government should be a shell of its current construct…think again.

It is the role of government – federal, state and local – to: ensure the day-to-day survival of hurricane victims until they can take over to get on their feet; rebuild infrastructure so local economies and daily lives can carry on and rebuild; get kids back in school, and hospitals and healthcare systems up and running; ensure public safety and the rule of law; and, make sure our most vulnerable remain safe.

After all, government is the collective extension of doing what needs to be done that cannot be done by any one person alone. And nonprofit organizations, thousands of which are particularly vulnerable to such disasters, are an extension of both government and ourselves in the same way. That is why contributors received a federal tax deduction and organizations benefit from local property tax abatement.

As advancement professionals, we have an important role to play. We must do what it takes to keep alive in our nation’s consciousness the ongoing importance of philanthropy as both a government partner and a tangible example of America’s generous soul.

With government as our inherent partner, the nonprofit sector must be vigilant in encouraging government to hold up their end of the partnership, by doing what needs to be done that cannot be done by any one person alone.