Lessons from a Donut Hole 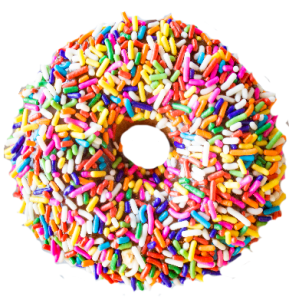 An American CEO was overselling the value his company brought to a Japanese CEO’s company. When finally allowed to speak the Japanese CEO thought for a moment and asked, “Do you like donuts?” To which the American CEO emphatically said, “Yes!”

The Japanese CEO proceeded, “Which is the most important part of the donut — the cake or the hole?” The American CEO quickly responded, “The cake, of course.”

To which the Japanese businessman explained the dilemma…

“The hole is silence. It allows you to listen to others and consider their positions, and determine what’s important to them…not to you. And by listening you gain insight, respect for others, and connect on a deeper level based on empathy.”

The notion of talking less and listening more is a common refrain in training sessions for gift officers. While delivering an important message, it needs to be accompanied by “active listening.”

Active listening is one of the fastest ways to rapidly build rapport with your donors.

Active listening is best illustrated when the listener is not distracted by their phone or activity in the room, and is focused on the speaker and what they have to say. Most importantly, when the listener does speak, her comment should be based on something that was just said by the speaker. The listener’s response should contribute to the stream of conversation, at a pace that is aligned with the speaker’s pace, and reinforces the speaker’s narrative by saying things like, “And to your point… comment.”

When you interrupt someone, and don’t let them finish their point, it is a signal that you are not listening, but rather thinking about what you are going to say while they are speaking. Your distraction will also be revealed in your distant gaze and the lack of alignment of your comment with the speaker’s point. If this happens, rapport is broken, as may be trust, as well.

Bill Clinton couldn’t have said it any better in a recent NY Times interview. “In our family when you were a child you could not tell a story until you proved you could listen to one,” he said. “And my aunt, my uncle, my grandparents, they would look at me and say, Bill, did you hear that? And I’d say, yes, I did. Did you understand it? I think so. What did you hear? And you would have to stand up and say what you heard. And I don’t think so much of that happens anymore.”

Of those listening skills, he said, “I think that’s why I got elected president.”

1. Understand your style of interaction and conversation.

2. Recognize how each of your donor’s converse and match they pace and volume.

3. Actively listen to what people have to say and respond to the substance and intent.

Are you listening to what your donors are saying?