Are You Ready to Accept a Transformational Gift? 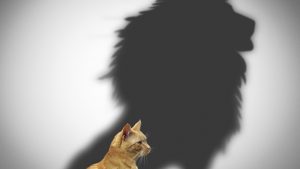 Hard as this may be to imagine, it is not so easy to say yes to accepting a transformational gift, or to respond to a windfall like the Ice Bucket Challenge.

You can begin to identify obstacles by asking your CEO, “How would you use a gift of $10 million, $50 million or $100 million that needs to be used within a few years?”

I always ask this question when working with organizations and often find the CEO’s vision seldom imagines such a large gift, and their responses often differ with board members.

Responses range from the conservative camp that would put the funds in the bank (if that is an option,) to those who have a laundry list of program investments to make with the funds, and still others who want to boldly go outside the box and break new ground in a way that may or may not be mission appropriate. 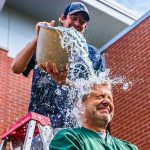 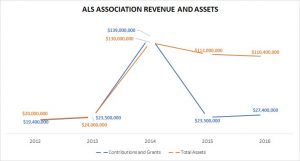 From the look of it, the Association took the conservative road and banked much of its windfall. Given that only $1 million was raised by the IBC in 2015 and was supported by only 17% of the 2014 contributors, the Association seemingly made the right choice to hedge against this viral phenomenon being replicable.

Doing some modest planning for success, in anticipation of a windfall, will put your organization in a better position to advance your mission more quickly and effectively. The ALS Association could not have forecasted the viral success of the IBC, but windfalls come in may forms. So be prepared.

Post windfall planning in the case of the ALS Association could have included anticipating a dramatic drop off in subsequent giving because repeating a viral phenomenon is unrealistic. It was also quite difficult, if not impossible, to show dramatic use of the windfall funds on such short notice which might have helped build momentum for and recreate an eight-figure success the following year.

One of the consequences of advanced planning for the Association’s reserves of over $100 million, is that they could have planned for more aggressive uses of the funds to advance faster towards a cure/discovery for those stricken with ALS. Organizations seeking cures MUST put their capital to work in real time.

I am counseling two organizations that are both in the middle of struggling with accepting $100 million gifts.

One client had difficulty solidifying the “value” of specific legacy naming opportunities. It became a moving target once the organization got a taste of what could be, and they started imagining beyond their reach. “If we can attract $100 million, perhaps we can get $150 million for the same naming?”

They also have concerns about the origin of funds. “Were the funds ill-gotten by the family and should we have the bank verify the funds’ source?”

Further complicating the situation, the executive compensation system is structured to penalize executives for spending of philanthropic funds for many uses that could render the gift largely un-spendable unless policies are changed or waived.

Another client lost sight of the need to show respect to the donor family. They were also unprepared to give the donor the confidence they needed to prove that the organization’s leadership was capable of properly stewarding the funds over time.

In both cases, the advancement offices did their job correctly and brought the gifts to the door of the C-suite, where obstacles were revealed and are now in the process of being resolved.

Genuine leaders think about the “what ifs.” What if an enormous unforeseen estate gift is received? What if a transformational-level donor wants to make a difference with your organization and wants to hear your thinking about the what, how and how much? What if a bucket of ice cold water can change the course of a disease? They say luck is when opportunity meets preparedness. Be ready with your “what if.”

1. Work with leadership to ensure your organization’s vision can support a transformational gift.

2. Be sure you have approved gift acceptance and recognition policies that can address transformational gifts before you need them.

3. Plan for success and have your ducks in a row so you can say yes when a transformational opportunity comes calling.

What’s on your mind?

Are you ready for the big one?

See all of our Services>>