Will Legacy Naming Recognition Become Too Fraught for Organizations? 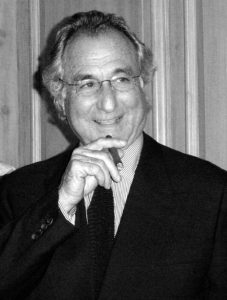 The mess MIT and Harvard found themselves in by accepting gifts from Jeffery Epstein is a bellwether for things to come. These institutions had the audacity to accept a lot of money from Epstein, with the intent to remain anonymous, and despite this slight-of-hand, the rolling heads hitting the fan could be heard around the world.

I would imagine if Paul Manafort had given a gift to Georgetown University, his alma mater, to name a building 10 years ago, chances are they would have already removed his name with little fanfare. But what about the Paul Manafort from Phoenix AZ who gave a generous gift to name the lobby of his local hospital, or Bob Epstein from Chicago who named a hall at the Museum of Science and Industry after his late father Jeffery Epstein. Will the hospital and museum be tempted to take down those names?

What is an organization to do if they have the misfortune to have a substantial named space or annual award named after a notorious figure who is not that person at all? No one has a crystal ball to know if the corporation that has named your conference center will not be mired in scandal or acquired by another corporation and have its name shelved.

The uproar over the Epstein philanthropy could be mirrored over political affiliations as well. Consider the Koch Brothers who have named many institutions in blue states. Look at the revolt over some Trump commercial properties where residents insisted on removing the name from their building.

Let’s face it – money talks… but does it scream? Where is the line? What is the risk calculation over accepting a gift from Lenny Weinstein from St. Louis MO who wants to name the giraffe enclosure at the St. Louis Zoo after his father Harvey – who loved giraffes. Does the zoo kindly decline the gift or ask for a larger gift to cover the heat the naming might generate.

Are high profile gift recognition namings becoming too risky? This new environment certainly calls for a reexamination of gift agreements and gift acceptance and recognition policies. They need to more granularly account for scenarios I have addressed above to give guidance to senor officials when considering the craziness of our times.

1. When considering a major naming, do deep research on the donor and be sure there are no skeletons in the closet.

2. If funds are coming from overseas, be sure the financial institution that is sending the funds can also document the legitimate source of the funds.

3. If there is name similarity that may cause confusion with a notorious person, work with the donor to find a “safe” name presentation.

Are You Ready to Accept a Transformational Gift?