Are You and Your Organization Prepared for the Next Economic Downturn? 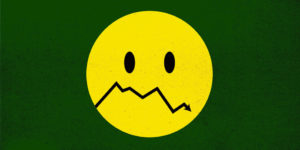 I don’t want to throw cold water on your fine day, but it is reasonable to start thinking about the inevitable economic downturn that may be just over the horizon. Markets are cyclical and that means there are regular recessions every seven-ten years. Recent history includes downturns around the 1986 tax reform, the dotcom bust of the late 1990s, 9/11’s aftermath, and the burst of the housing bubble in 2008-2009.

We are in the 10th year of economic growth and smooth sailing, but with this cyclical history and the recent artificial stressors of a trade war with China, soaring national deficit and full employment – to name only three factors – we need to be realistic about what is likely ahead – and plan for it.

The last recession made clear that the people most vulnerable are people who are not wealthy. Back in 2009, I remember direct mail results crashed unless you were in human services. During that time, wealthier folks often reordered their priorities to basic human services because the suffering of the masses was made manifest in the news and appeals for funds.

On the other hand, there were many large campaigns underway when the recession hit that continued their efforts and ultimately succeeded, though their timelines may have added a year or two due to the economy. The wealthy weathered the economic storm, and benefited disproportionately well during the recovery.

I remember in early 2010 interviewing a wealthy donor who shared with me that the development officers from several organization he supported were projecting doom and gloom while his peer friends were still giving and keeping their heads up with optimism. He was, rightfully, bothered by this.

There are many ways to plan for an economic downturn including getting your financial house in order now by adding more days of operating funds to your reserve; think realistically about the financial consequences of the new programs you want to add or expand next year; and, invest in fundraising now so donor loyalty is as strong as as can be when the going gets tough.

But above all, don’t forget where the money is. Build your major donor pool and pipeline, and keep your positive attitude. When you invest in your advancement office you want to do it from a position of strength, and not because you need more money after the down-turn starts.

In good times and bad, the advancement office, its communications and staff, need to remain positive – because that is how your large donors are feeling.

These Days Everyone Needs a “Puppy”, Especially Your Donors

What Makes People Give in the Face of Disasters?

When Leadership is Fraught with Cognitive Dissonance